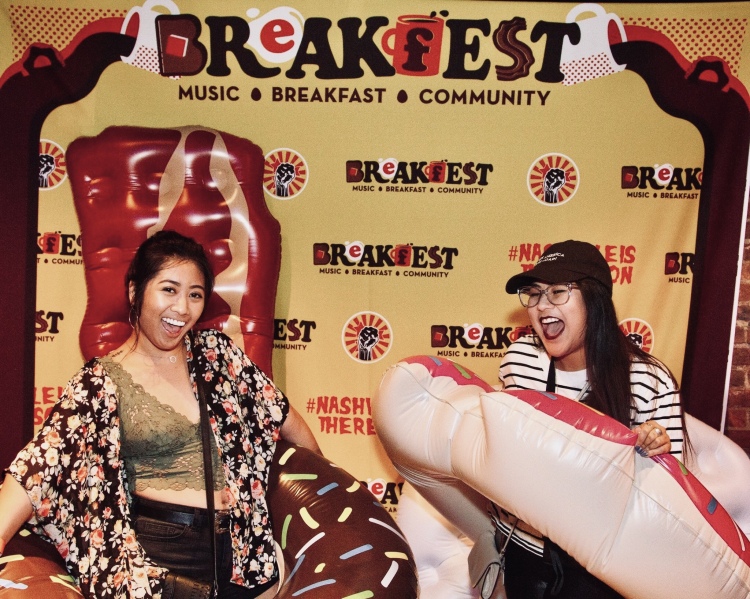 As promised, here’s a more thorough recap of my time at the first annual Breakfest! I honestly felt like this festival was tailor made for me. Popular punk rock music brought all of its rebellious angst and attitude while it was juxtaposed by some the city’s best comfort foods in the form of breakfast. With […]

This past weekend I had the privilege of celebrating one of my best friend’s birthday. She got some of her friends together, and we all pitched in to do a bike bar around Midtown. I had seen the contraptions around town before and was always fascinated by them, so I was excited to get a […]

Bea Miller first launched her career at the age of thirteen. Her parents were poor and on the verge of losing everything when she decided to take her talents towards a professional level. Because of this, she’s never been a stranger to trials and hard work. In 2012, she was a contestant on the […]

In honor of my trip to New York City, I’ve decided to dedicate this week’s artist feature to a New York band based in Brooklyn, Mainland. This group of guys never fail to surprise me. The first was when they opened for Marianas Trench. Jordan’s vocals for the bridge in “Fading Friends” completely caught me […]

I spent last Saturday at a beautiful Vineyard less than an hour out from Houston’s downtown. I was skeptical of any winery so close to home, but it was everything I could have imagined. The grapes were plump and filled with this beautiful deep purple. Surrounded by so much greenery, I almost forgot how close […]

Since my epiphany to finally start prioritizing live shows, I’ve had some amazing experiences. These include finding some of the coolest and grungiest local venues with local artists to match, seeing my favorite bands from my youth reunite for another tour of my favorite album, and even flying across the country to catch a show. […]

If Jack Antonoff’s first Bleachers album, Strange Desire, was an aggressive yet melodic cry for help, then his sophomore follow-up, Gone Now, is the cathartic realization that he can finally move on. The album’s title itself could serve as a self-declaration that he is finally able to face the fact that his sister is no longer […]

AJR’s The Click is one of the most relatable and honest collection of songs I’ve ever heard. Considering their transparency in the raw performance they gave as openers for Ingrid Michaelson, I’m not at all surprised. Brothers Jack and Adam’s dance moves resembled more of an awkward interaction between their slumping shoulders and the beats they […]

Good Vibrations is the first fully deaf accessible concert. It allows the deaf and hearing communities to come together over great music, hand crafted arts, and delicious food. With interpreters, live captioning, and visual light shows that sync to the performances, Good Vibrations is for anyone and everyone. You can learn more about the festival […]