If regular rock music just isn’t cutting it for you these days, then Demi the Daredevil is a must for you. I don’t know if it’s the extra layer of mystery brought in by the vague and ominous scenes throughout the albums or just the sheer talent as a story teller that vocalist Jeff Azar […]

Bea Miller first launched her career at the age of thirteen. Her parents were poor and on the verge of losing everything when she decided to take her talents towards a professional level. Because of this, she’s never been a stranger to trials and hard work. In 2012, she was a contestant on the […]

The past few days in New York City were filled with wondrous adventures, but I have missed the comforts of southern hospitality. Fairground Saints is the first country band to be featured on the blog, and I think they’re a perfect fit for the title. Their bluegrass roots and country twang have some not so […]

In honor of my trip to New York City, I’ve decided to dedicate this week’s artist feature to a New York band based in Brooklyn, Mainland. This group of guys never fail to surprise me. The first was when they opened for Marianas Trench. Jordan’s vocals for the bridge in “Fading Friends” completely caught me […]

You know the feeling at the end of a perfect day that puts you in bed with the most secure intuition that maybe the world isn’t so bad after all? Tim Noyes, the brains behind Handsome Ghost, has captured this phenomenal emotion and transformed it into a new genre of indie pop that strips itself […]

I’m spending a couple weeks in the Philippines to surprise my grandma for her 80th birthday, so I figured now was the time to finally check out some Filipino bands. There was one band that stood out in particular while on the hunt for some new music: MilesExperience. This rock band has a unique sound […]

If you’re ever down on your luck, Oh Honey has the perfect soundtrack to help turn that frown upside down. Their tunes are perfectly orchestrated to lift any moods with harmonies that don’t technically blend into beautiful voice but rather showcase each vocalists’ strengths. The folk-pop duo, featuring Mitchy Collins and Danielle Bouchard, is based […] 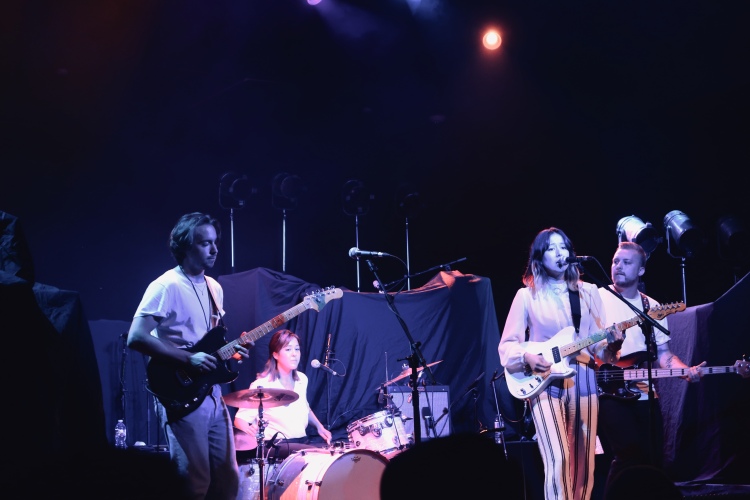